Following the long and painful cryptocurrency market downturn in April and June that sent the king coin, Bitcoin, and the leading altcoin, Ethereum chasing terrifying lows, the bulls regained their strength in July.

The blockchain analytics platform, Santiment, in its latest report noted that two leading cryptocurrencies made significant strides on the chain within the 31-day period.

Since the beginning of the bear market when the year started and BTC and ETH started to move further from their all-time highs, sentiment from the trading crowd has been negative, as per analytic firm Santiment.

However, as the prices of these assets corrected in July, traders’ confidence was restored and Santiment found that traders now hold the belief that “prices can organically continue to rise after an impressive July.”

Reportedly, in the last six months, as the price of the king coin fell, key stakeholders became increasingly skeptical of accumulating the coin.

The reason for this might be attributable to “fears of inflation or further rate hikes upcoming in September (after the latest one was announced last week), waning covid concerns, or ongoing wars in Ukraine.”

On a social front, Bitcoin’s social dominance maintained its high in July. According to Santiment, the downturn in the market woke “traders up and have them flock away from their shitcoins, and back into the relative safe haven, Bitcoin.”

Furthermore, within the 31-day period, Santiment found that on 26 July, the ETH network logged an index of 1.06 million daily active addresses. It was at an all-time high.

As for BTC, the highest it logged in daily active addresses in July was 994,000 which were registered on 19 July.

Finally, Santiment revealed that in July, ETH became “extremely cheap to move.” This was a result of the decline in circulation of Ethereum since the beginning of the year.

In July, the cost of transacting on the ETH network fell significantly. Thus, coins were moved around more cheaply. 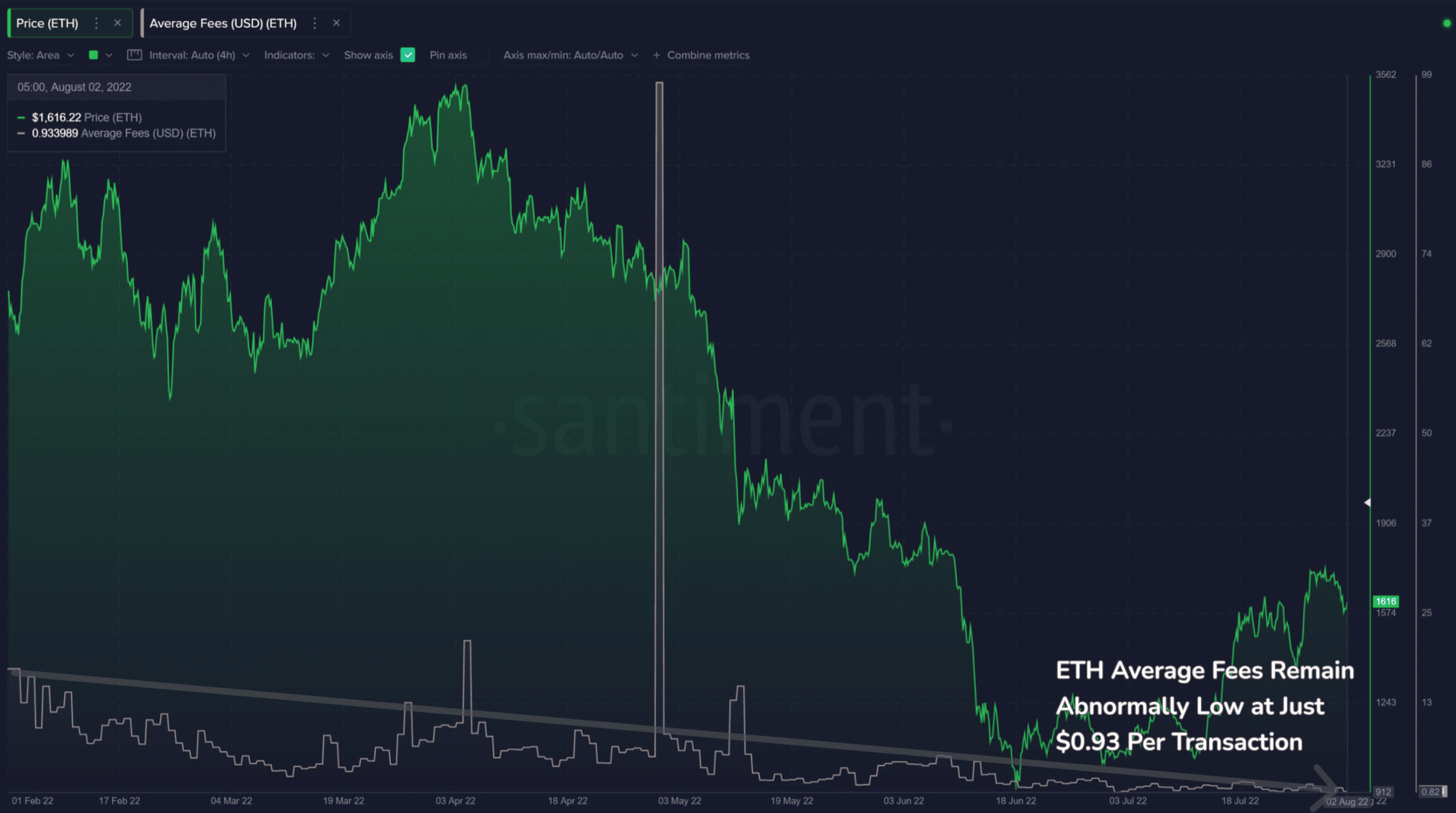