Waking up and checking the crypto market stats this morning must have been like stepping into a crime scene for many. Yet, the market is what it is and investors can do naught but stare at their red portfolios in dismay, wondering when the bears will be gone for good.

That being said, there are always a few coins and tokens that seem to defy the odds during crashes. At first glance, one of these assets was IOTA [MIOTA]. But do the metrics back this up?

You’re out of IOTA!

Well, the short-term outlook seems promising for MIOTA, but when zooming out, we can see that MIOTA’s price has been steadily declining since September 2021. Both MIOTA volumes and prices point to waning interest in the asset and falling rates of adoption.

While MIOTA volumes did spike to around 92.99 million at press time, this only matched the volumes the asset recorded in late March 2022.

On the other hand, one metric that has been holding its ground, for the most part, was IOTA’s development activity. This has been rising since late 2021, in spite of MIOTA’s falling price and multiple market crashes along the way. This signals that even if the price of the asset is tumbling, investors have faith in the project’s long-term potential.

However, development activity did take a hit after the latest crash in prices across the market.

When will MIOTA go green?

IOTA does pride itself on its green quotient, but bulls are looking for a very different kind of green indicator. To that end, the diverging Bollinger Bands showed that volatility can be expected in the future. However, MIOTA, which was close to the lower band, was producing a green candle at the time of writing. This is a sign that the possibly oversold asset is now being bought on the cheap by bulls.

On the other hand, the Awesome Oscillator [AO] was flashing red bars at press time. Bulls should note this bearish pressure on the asset before assuming that MIOTA is on its way up again. 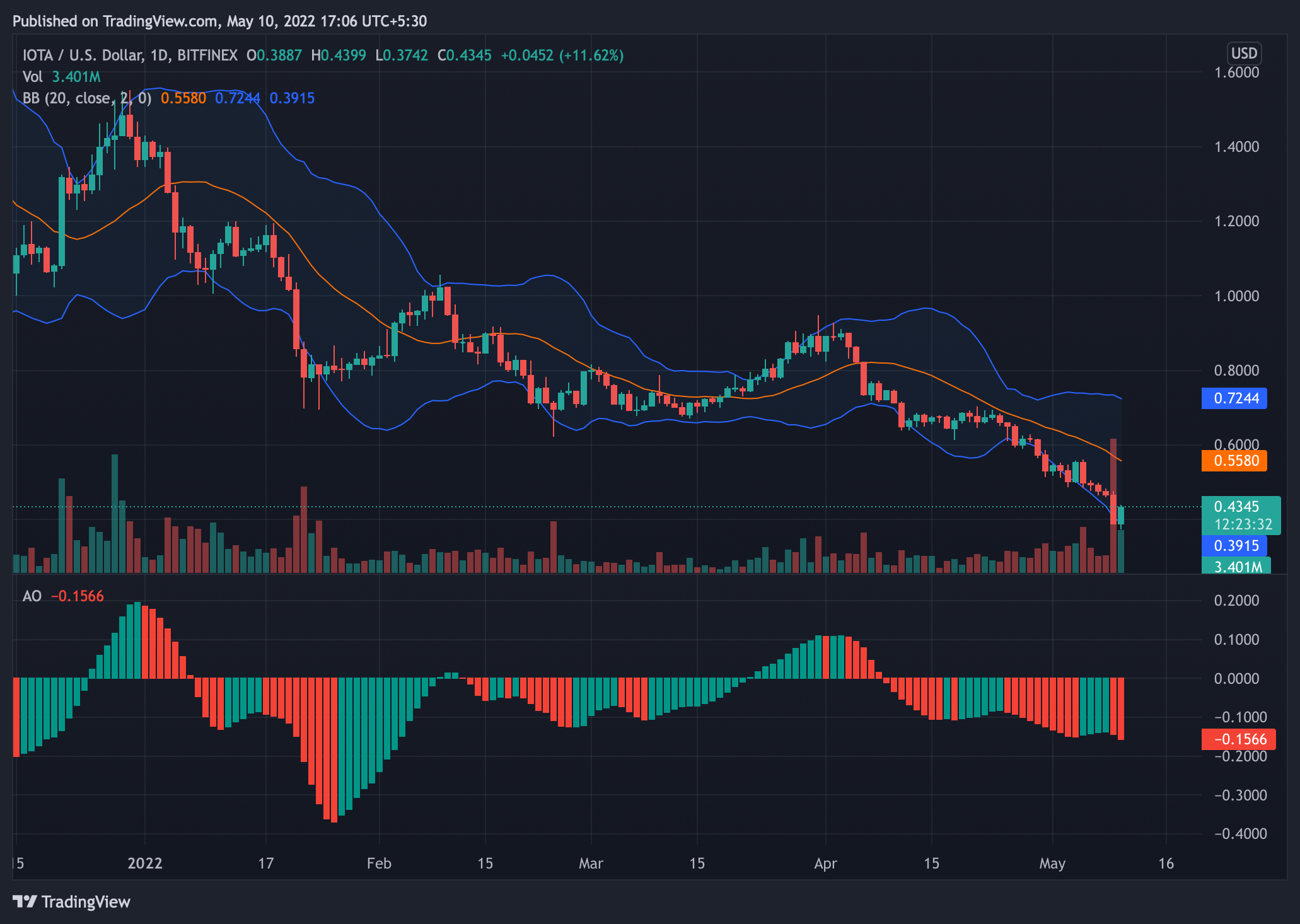