Layer 2 tokens remain underdogs in 2022 as the spotlight was stolen by Layer 1 coins, according to a note from Kaiko Research.
What Happened: The research firm built a basket of top Layer 1 coins (L1) such as Solana (SOL), Terra (LUNA), Cardano (ADA), Avalanche (AVAX) and BNB (BNB).

For the purposes of comparing with Layer 2 (L2) tokens, the researchers made a similar basket with dYdX (DYDX), Loopring (LRC), MetisDAO (METIS), Boba Network (BOBA) and Polygon (CRYPTO: MATIC).

“Layer 2 tokens have struggled and are down over 40% after a particularly difficult February and March,” said Kaiko, in a note seen by Benzinga.

On the other hand, L1 coins moved in line with Ethereum (CRYPTO: ETH) over the year. This is despite the fact that the second-largest coin by market cap has continued to bleed total value locked market share.

Notably, Ethereum’s TVL locked in Decentralized Finance (DeFi) declined from $243.63 million at the beginning of January to $207.90 million on Monday, according to data from Glassnode. 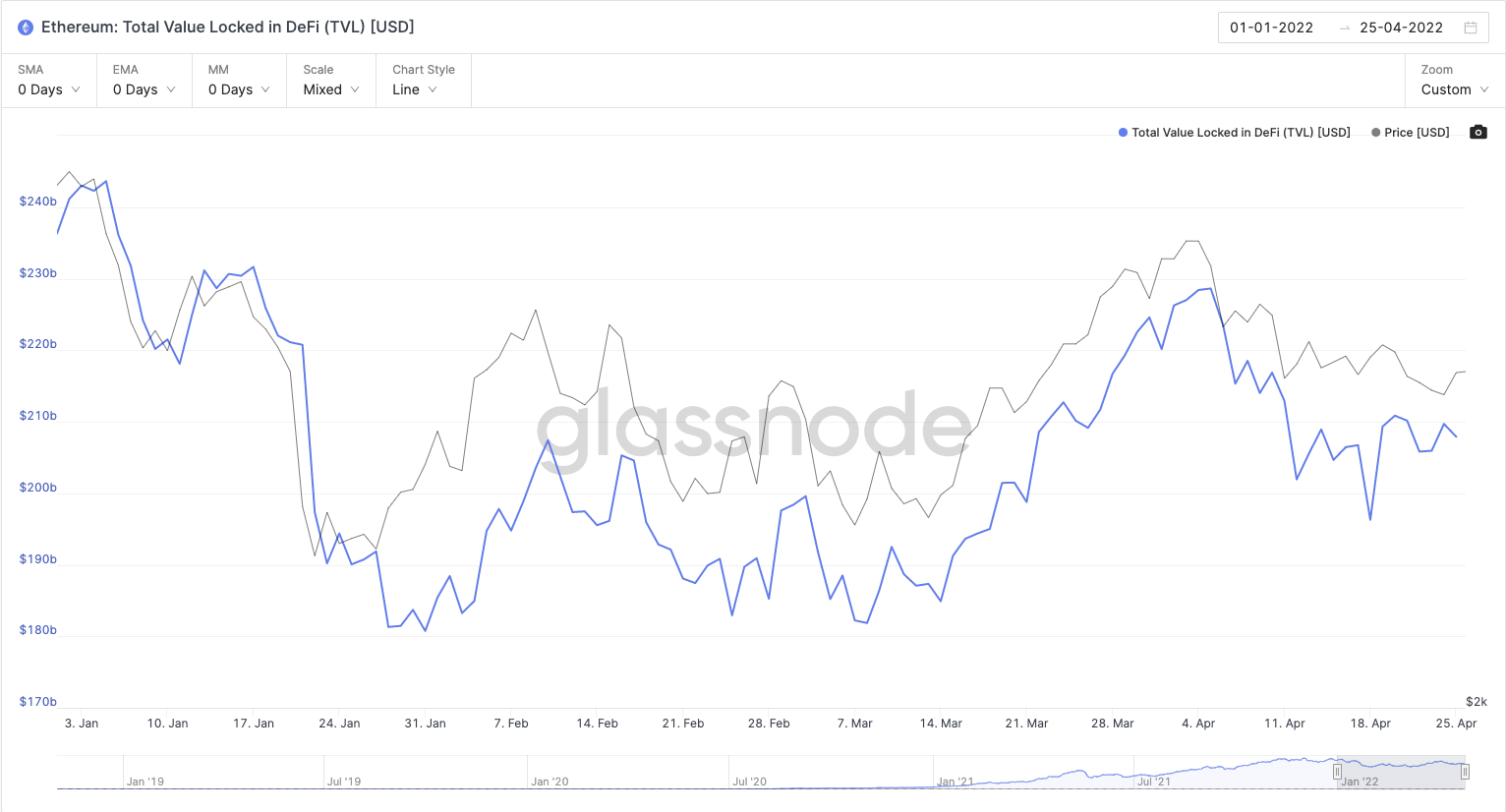 In comparison, Ethereum has fallen 20.25% since the year began.

Kaiko said hints originating from the team at Optimism, the fourth-largest L2 by TVL, about the release of a token and similar activity from Arbitrum, the second-largest L2 by TVL, could see a possible resurgence of interest in L2s.

Read Next: A Second Country Adopts Bitcoin As Legal Tender

© 2022 Benzinga.com. Benzinga does not provide investment advice. All rights reserved.