Shiba-Inu-themed meme coins DOGE, SHIB, Luna Classic LUNC and SafeMoon have witnessed a spike in their social dominance over the last few months. Analysts expect the meme coins to hit their local tops, as their popularity among crypto traders increases.

Analysts at Santiment noted that through the past few months the popularity of meme coins like Dogecoin DOGE, Shiba Inu SHIB, SafeMoon SAFEMOON and Luna Classic LUNC. Social dominance is a metric calculated by the number of mentions of a cryptocurrency across social media platforms like Twitter. 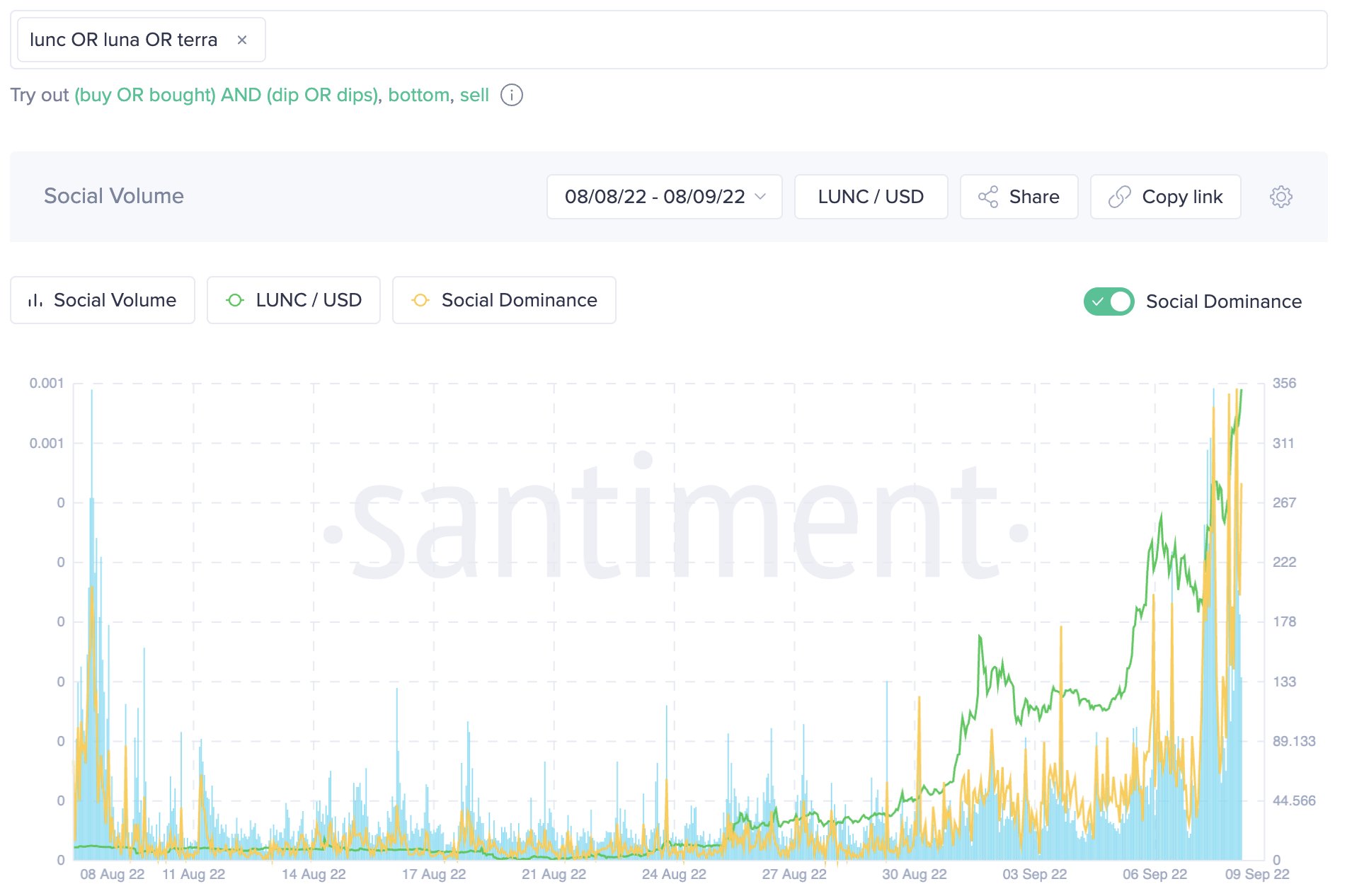 Crypto traders have focused on meme coins while sitting on the fence on Bitcoin, Ethereum and other leading cryptocurrencies ahead of CPI data release and the Merge.