Trading at above $24,000 at press time, the king coin Bitcoin (BTC) appreciated by over 20% in the past month. Understandably, the rest of the market followed its lead, with most cryptos hiking too.

Bitcoin Cash (BCH) was no exception to the same, rallying by 40% in the last 30 days.

On the daily chart, the altcoin’s Relative Strength Index (RSI) and Money Flow Index (MFI) also rose steadily as the crypto’s value appreciated. The RSI and MFI went as high as 69 and 77, respectively, during a 30-day window. These key indicators have, however, pictured a drawdown over the past few weeks.

Still housed above the 50-neutral zone, the RSI was spotted at 59 and the MFI at 54. With the bulls still on a prowl, the 20 EMA was spotted below the price. In fact, it has been so since 28 July.

In the 30-day period under review, trading activity on BCH’s network declined. As the price embarked on a rally, the altcoin’s trading volume went south, declining by over 75%.

This price/volume divergence is unusual in a healthy market. When such a disparity exists between the price and volume of a coin, it is usually indicative of a decline in the coin’s accumulation and exhaustion among coin buyers.

Despite the hike in price, BCH failed to register any significant growth on its network in the last 30 days. The same was highlighted by data from Santiment recently. Furthermore, daily active addresses on the network declined by 63% too.

On 28 July, BCH was trading at a high of $155.80. This led to a spike in transaction volume the following day. As a result, the aggregate number of BCH coins involved in all the transactions completed on 29 July jumped by over 350%.

However, this rally was immediately followed by a downturn, one that forced transaction volume to a low of $26 million. This, despite the price rallying on all other fronts. 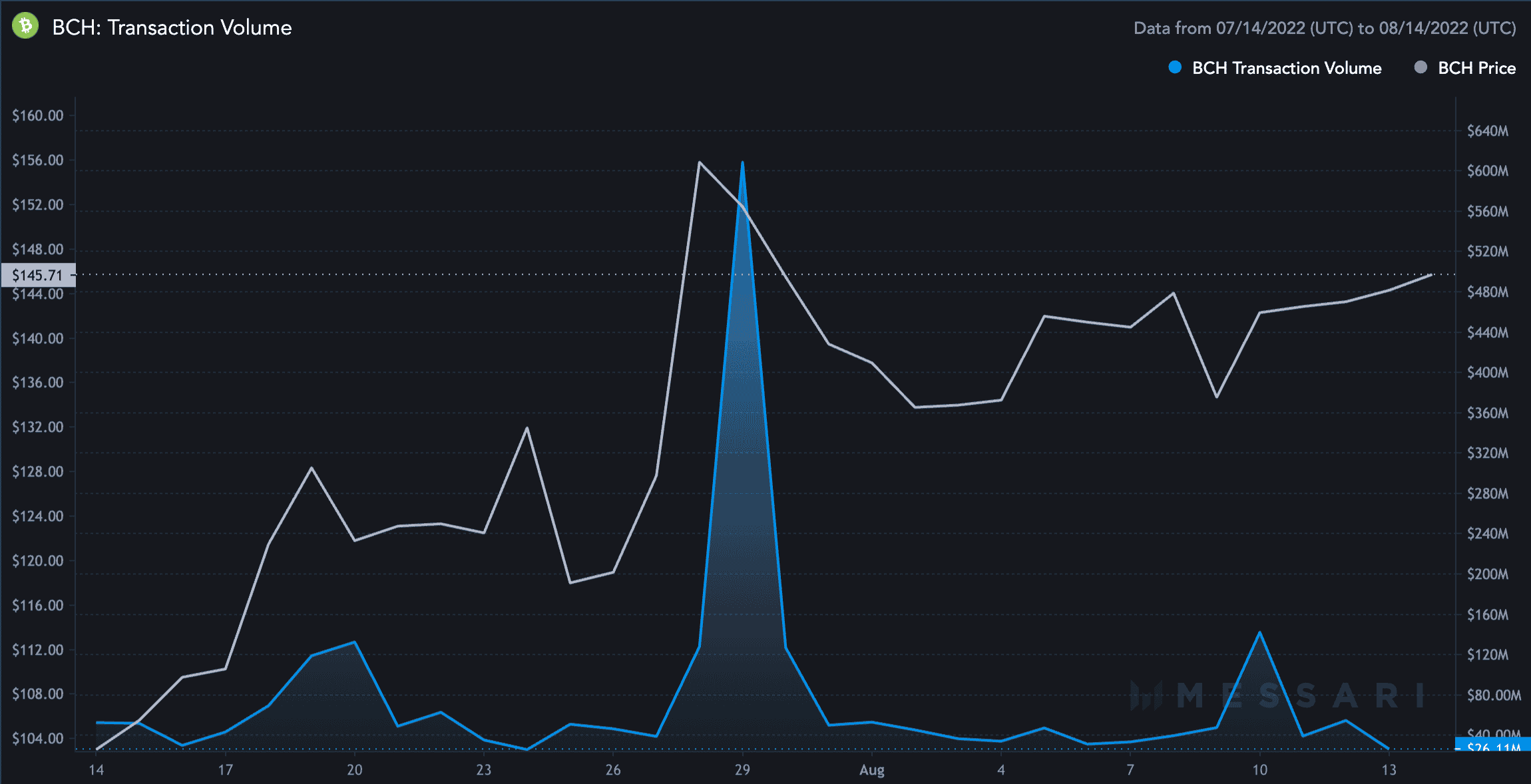 With a positive value of +6.21%, the 30-day MVRV underlined that some BCH holders had made a profit over the past month. However, in light of the positive correlation with the king coin, the speculation as to whether the bottom is in will impact BCH too.