Once one of the top sectors of the global capital markets, the top cryptos to watch encountered severe volatility this year. At the start of this year, the total market capitalization of all virtual currencies stood at around $2.2 trillion. Heading into the morning hours of the Nov. 22 session, the total value of the segment now sits at just under $781 billion.

Fundamentally, cryptos face a reality check. In my view, the main culprit is the Federal Reserve. Throughout the life cycle of pioneering digital assets, their rise coincided with a generally supportive (dovish) monetary policy. Now that the central bank has turned hawkish, the tightening money supply became a headwind for blockchain-based assets.

Today, we find ourselves in a good news, bad news situation. I’m going to give it to you straight: these cryptos to watch will likely incur an extended winter. On the other hand, the good news is that for patient investors, they may soon be able to buy virtual currencies at ridiculous discounts.

Across various publications, I issued an assessment that Bitcoin (BTC-USD) could sink to the $10,000 level. Based on current dynamics, I see little reason to change this assumption. After all, it wasn’t that long ago that BTC traded hands for around $20,000. Last week, BTC languished above the 16K mark. As I write these words, Bitcoin fell into 15K territory. It’s obvious that the bears gained control of this market.

Fundamentally, the idea that cryptos represented their own upside catalysts may have been a false concept. Although blockchain proponents argued that the sector would eventually disassociate from other benchmark indices, the reality is that – at least for now – digital assets align with Fed policy. With the central bank likely to continue implementing aggressive rate hikes, BTC will probably fall even more.

For those that recently entered the Bitcoin market, it’s a bummer and I don’t make light of it. However, it’s probably best not to compound an error with more errors. Cryptos may still offer some upside, but for now, it’s better to wait as more volatility is on the way.

Throughout much of this year, the narrative of Ethereum (ETH-USD) centered on an event called the Merge. At inception, Ethereum – like most other cryptos – utilized a decentralized distributed consensus mechanism called proof of work. However, as blockchain experts argued, such protocols feature unsustainably high rates of energy consumption. Therefore, an eco-friendly posture represented one reason for ETH to transition to a proof-of-stake protocol.

Heading into this transition, many people worried about structural consequences. Something like this has never happened before. However, the general anticipation was that should the Merge be successful, it could herald a new era for Ethereum. Based on the latest performance stats of cryptos, though, it seems the Merge was more about buying the rumor, selling the news. It’s an important lesson for any virtual currency investor to consider. At the end of the day, cryptos rise on market demand, not on protocol tweaks (no matter how impressive). Moving forward, investors should be cautious about acquiring ETH too heavily. With the coin barely holding onto the 1K level, a trip to three digits isn’t out of the question.

Over the last few sessions, Tether (USDT-USD) demonstrated some volatility that should at least warrant some investigation among investors. As you probably know, Tether is a stablecoin or a special class among cryptos that are pegged on a one-to-one basis with a hard currency (the dollar in this case). Convenience ranks as a key reason why investors traded their greenbacks for USDTs.

However, with Tether occasionally falling out of this 1:1 ratio, investors will probably want to consider moving back to fiat. For example, as I write this, USDT trades for 0.999 for each dollar. Nominally, this is a nothing burger. However, with the Fed implementing its hawkish monetary policy, the purchasing power of the dollar may rise over time.

Indeed, for a moment, the dollar did do just that, rising ever so slightly and thus effectively yielding lower consumer costs. Left to its extremes, the dollar may rise while also being backed by the most powerful institution in the world: the federal government of the U.S. In that case, why would you risk overexposure to high-risk, unaudited Tether?

While this carried a strong storyline, most of the attention now centers on the XRP lawsuit. Specifically, the Securities and Exchange Commission accused Ripple Labs – the founder of XRP – of skirting securities laws. Over the last several months, XRP gyrated in part based on the implications of the underlying lawsuit. Though the matter remains unresolved, it might be a moot point for XRP and its valuation. True, XRP enjoys a more stable technical profile compared to many other cryptos. However, it still can’t escape the broader fundamentals, which focus on the Fed’s hawkish monetary policy. Until this circumstance changes for the better for virtual currencies, XRP may be due to more volatility.

Billed as one of the more promising Ethereum killers, Solana (SOL-USD) at first offered a viable alternative to the backbone of blockchain projects. As the ETH network grew, the platform essentially became too big for one’s britches. Transaction fees called gas became onerous, leading to many developers jumping ship to competing networks. One such option was Solana.

Without getting into the granularity, Solana offered a secure, stable, and rapid-fire network for blockchain developers. Better yet, the transaction fees are incredibly low – we’re talking fractions of a penny. On paper, SOL owned everything it needed to usurp Ethereum. Unfortunately, the primary lesson of cryptos is this: market demand trumps everything.

While the Solana network features amazing utilitarian value, investors at large continued to prioritize the well-known heavy hitters among cryptos. Currently, SOL slipped to number 16 in terms of market cap ranking. Given the extreme volatility over the trailing month (down 60%), it’s better to wait. There’s still some ugliness to be worked out, as the Fed implied.

While avoiding the mess that is cryptos right now, over time, it’s possible that the sector can regain its footing. Should it do so, contrarian investors may want to target Filecoin (FIL-USD) as an eventual breakout candidate. Since the advent of cryptos, blockchain developers sought to implement greater utility from the decentralized protocol. Some of the ambitions amounted to nothing more than empty narratives colored with annoying virtue signaling. However, Filecoin may be the one economic ecosystem that makes logical sense.

As a file storage network, Filecoin brings together two entities: those who need storage and those who can provide it. For the former category, Filecoin offers a blockchain-driven cloud network that facilitates storage solutions. On the other end, anyone with extra storage capacity can lend it to the network, receiving blockchain tokens for their troubles. To be fair, market demand must bolster FIL coins for this arrangement to truly work. However, as a number 30 market cap project, Filecoin enjoys enough brand power to be worth a shot. 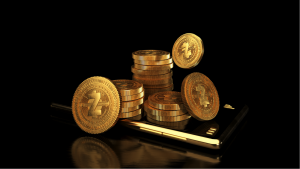 Another name to put on your radar once cryptos finally reach their normalization phase is Zcash (ZEC-USD). Ranked number 61 in terms of market cap, Zcash doesn’t command the popularity enjoyed by major virtual currencies. Still, at the moment, nearly 22,000 tradable cryptos exist. So, it has enough brand awareness for some significant upside in the next bull cycle. Focused on privacy and anonymity, the ZEC network incorporates zero-knowledge proof technology, per Coinmarketcap.com. This innovation enables “nodes on the network to verify transactions without revealing any sensitive information about those transactions.”

Moving forward, truly anonymous cryptos will likely enjoy significant upside demand. For example, the U.S. Department of Justice recently announced the seizure of $3.36 billion in cryptos related to the illegal Silk Road scheme. While it’s a positive that justice was served, the matter also awkwardly highlighted the lack of anonymity with first-generation assets like Bitcoin. As well, social surveys reveal that most Americans are concerned about online privacy. This sentiment probably runs five-fold for crypto users, making ZEC intriguing.

On the date of publication, Josh Enomoto held a LONG position in BTC, ETH, USDT, and XRP. The opinions expressed in this article are those of the writer, subject to the InvestorPlace.com Publishing Guidelines.

A former senior business analyst for Sony Electronics, Josh Enomoto has helped broker major contracts with Fortune Global 500 companies. Over the past several years, he has delivered unique, critical insights for the investment markets, as well as various other industries including legal, construction management, and healthcare.