Breaking News
Despite the blockchain market being at an all-time low, cyber attacks against cryptocurrency and the technology associated with it are still being launched by hackers.

In light of the latest report revealed by the team at Atlas VPN, cryptocurrency scammers stole almost $2.5 billion in just 9 months. Whereas for the third quarter only, the scammers successfully stole almost $483 million. What seems to be interesting is that, in comparison to the attacks observed in the second quarter, the frequency of these attacks went down by 43 percent in the third quarter of the ongoing year.

The Atlas VPN team made this report from the data received by Slowmist Hacked, an analyst company that keeps an eye on the attacks carried out against such projects. The data is based only on those scams that were officially disclosed by the victims, and the total financial loss that came with such activities was calculated by simply converting the currency that was stolen by the attacker to its online market rate.

Based on this, the Ethereum ecosystem tops the chart for being the most affected of them all, as it suffered more than eleven cyberattacks, leading to a loss of $348 million. Ethereum was followed by Polkadot, as this ecosystem faced a loss of $52 million resulting from just two attacks. Binance Smart Chain, despite facing thirteen attacks, experienced a loss of $28 million, which was followed by the Solana ecosystem, which suffered a loss of $6 million in just three attacks.

On the other hand, NFT projects were also targeted by the attackers, as they successfully managed to steal $4 million in just seven attacks.

At the beginning of the year, $1.3 billion was stolen through such scams, followed by $810 million in Q2, and then it went down by forty percent to just $483 million in the previous quarter.

The way the crypto market is coming down, the frequency of attacks is also decreasing. The major market crash in June led to 24 attacks in July, followed by 21 the very next month and just 10 attacks in September. This shows that attacks went down by forty-three percent and that there was an overall twenty-eight percent fall in yearly comparison.

Such attacks are proof that despite strong security measures for block chains, hackers still manage to find a way around them to get their hands on cryptocurrency. 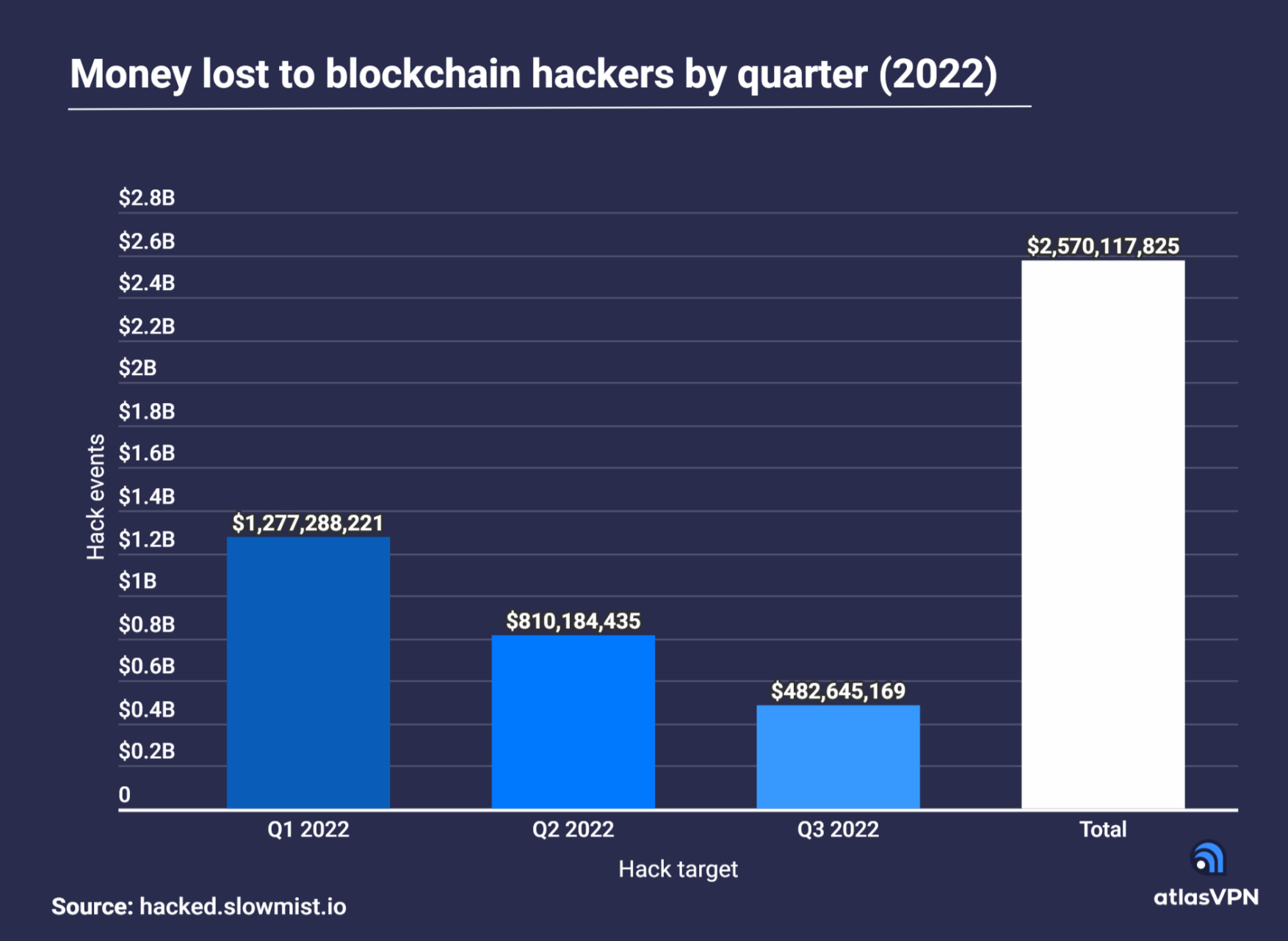 Read next: 21% of Paid Ad Traffic Comes From Bots According to This Study